In Nova Graphica, a comics anthology about the Canadian province Nova Scotia that released this week, Laura Ķeniņš both edited the anthology and contributed a comic for it.

“I wouldn’t say that I’ve viewed myself as either thing first or over the other,” Ķeniņš said. “I would say with this book that’s coming out, I’d view myself first and foremost as editor on this project.”

Ķeniņš, based in Toronto, Canada, has led a career that has synergized cartooning, comics editorial work and journalism, and in her latest project, Nova Graphica, all of those passions have coalesced.

END_OF_DOCUMENT_TOKEN_TO_BE_REPLACED

Jared Cullum became fascinated by comic books because of comics like Blankets, but he also got really into watercolor painting.

“I got totally absorbed in art history and painting, and then it just sort of became an obsession,” Cullum said.

As he delved more and more into studying and practicing watercolor painting, he pursued how he could “explore that stuff and really get lost in it and discover something,” he said, “or find something I can bring back to comics that might be a bit different.” 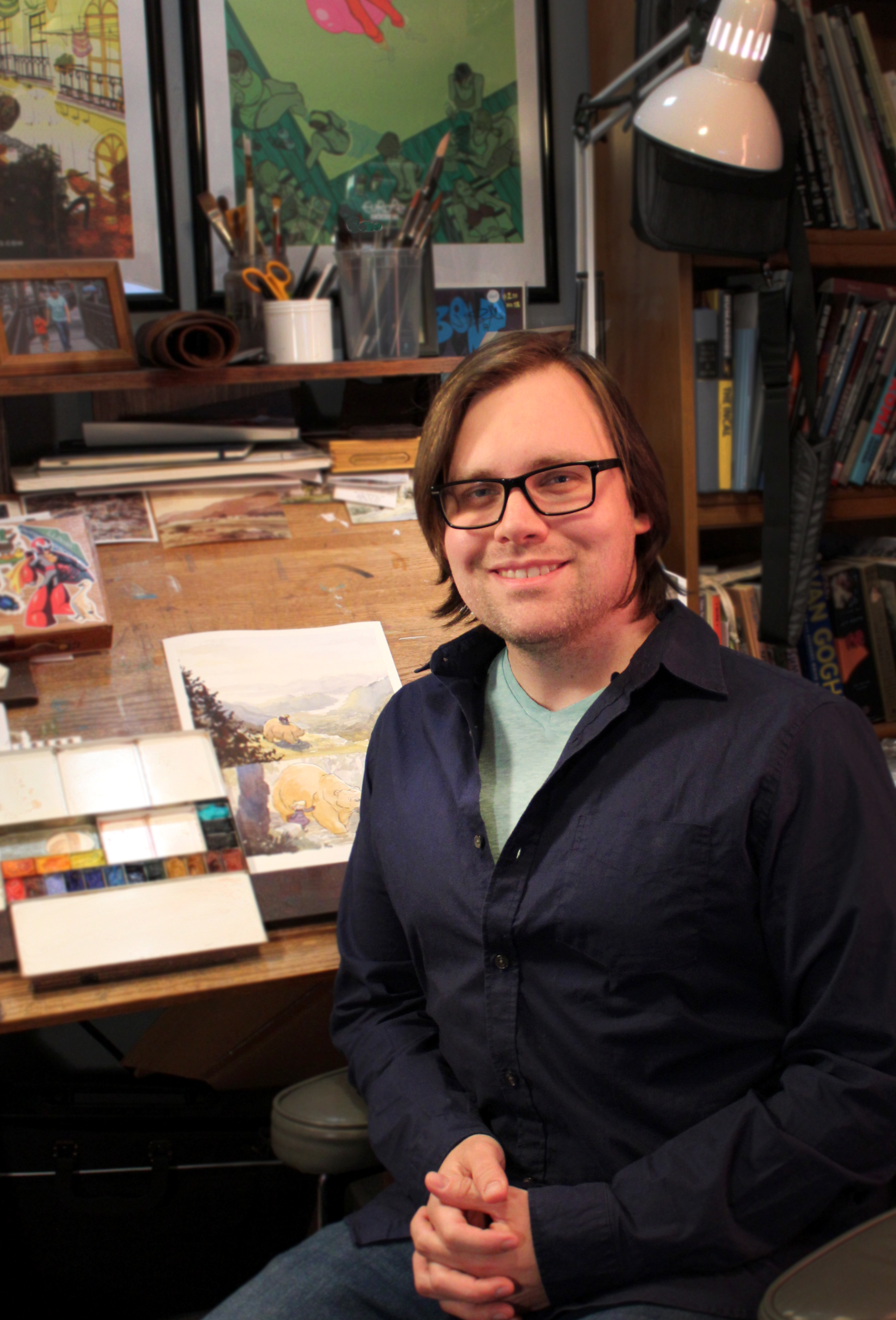 END_OF_DOCUMENT_TOKEN_TO_BE_REPLACED

Derf Backderf attended art school as a young man and dropped out before long. He decided instead to do journalism school, where he enjoyed writing, taking photos and making cartoons for the school paper. After college, he had some stints doing political cartoons and comic strips for newspapers, and eventually, he yearned for more space to tell sequential stories.

“My comic strips were not character-driven,” Backderf said. “It was all kind of stream-of-consciousness or gag stuff or weird, whatever popped into my head. Writing long-form books, you build them all around characters. I always thought that would be a fun way to write, and damned if it isn’t.”

END_OF_DOCUMENT_TOKEN_TO_BE_REPLACED

In his 20s, John Pham used to have a Fantagraphics promotional poster on his wall featuring artwork from classic cartoonists like Robert Crumb. He’d stare at it every day.

When Pham originally started creating his one-man anthology comic series Epoxy in 1999, he didn’t have the confidence to submit it to publishers, but worked on it anyway, helped a great deal by a grant he received from the Xeric Foundation. He dreamed of Fantagraphics publishing his work.

Earlier this year, Fantagraphics published an anthology of his current flagship comic strip J&K, one of the ongoing comics featured in Epoxy.

“It was definitely a full-circle moment for me,” Pham said.

Though he works a full-time animation gig while raising two young children with his wife in Los Angeles, Pham still finds time to continue his comics work through Epoxy.

END_OF_DOCUMENT_TOKEN_TO_BE_REPLACED

Shawn Pryor originally wrote a short comic alongside artist George Kambadais that was supposed to be published as a back-up in another comic, but that comic series was discontinued before his story would have run.

Left without a home for the comic, about domestic violence from a child’s perspective, he got an idea: what if he turned each panel into a whole page and instead released it as a children’s picture book?

“It was mind-blowing,” Pryor said. “The reason why was because a lot of the story is just black background. So you’re focused on the character or place or presence. Your eyes are always focused on the subject at hand, and you’re not focused on any kind of background stuff. It brings the characters and the feelings and the emotions closer to you.”