About eight years ago, Australian cartoonist Pat Grant started writing his graphic novel The Grot. He started the comic primarily channeling a fascination in con-artistry, but ended up finding himself interested in so many more aspects of the comic and its story.

“As it happens when you’re telling stories, you become interested in it on its own terms and each of the individual characters on their own terms and it becomes something very human,” Grant said. “If you’re doing your job right.”

The Grot, released in the United States by published Top Shelf Productions in June this year, is a 200-page graphic novel about two brothers navigating a world of con-artists in a dystopia brought about by a plague. 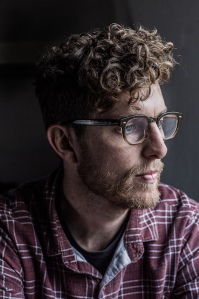 Grant is a bit of a creative renaissance man with a foot each in academia and various creative projects, most visibly comics. Grant’s first graphic novel, Blue, released in 2012 and garnered praise from critics and comics giants like Craig Thompson and Scott McCloud. Grant earned a PhD in Media, Music and Cultural Studies. For his day job, Grant teaches and researches at the University of Technology Sydney.

Grant, 38 now, supposes he had a bit of a late start in making comics. He started to attend zine fairs in the early 2000s, when he was in his early 20s, and met the generation of artists a decade older than him at the time.

“As soon as I went to my first zine fair, I started making comics the day after… I knew about the underground comics, but in my head it was this thing that the boomer generation did on the other side of the world, and then I just realized it was happening in my neighborhood,” Grant said. “It was a great revelation.”

The characters in Grant’s comics have a quirky, goofy look to them and bring a lot of expression and emotion. He’s worked over the years to refine his art style. In recent years, he’s attempted to balance the creation of a loose art style that still performs the necessary functions of storytelling. 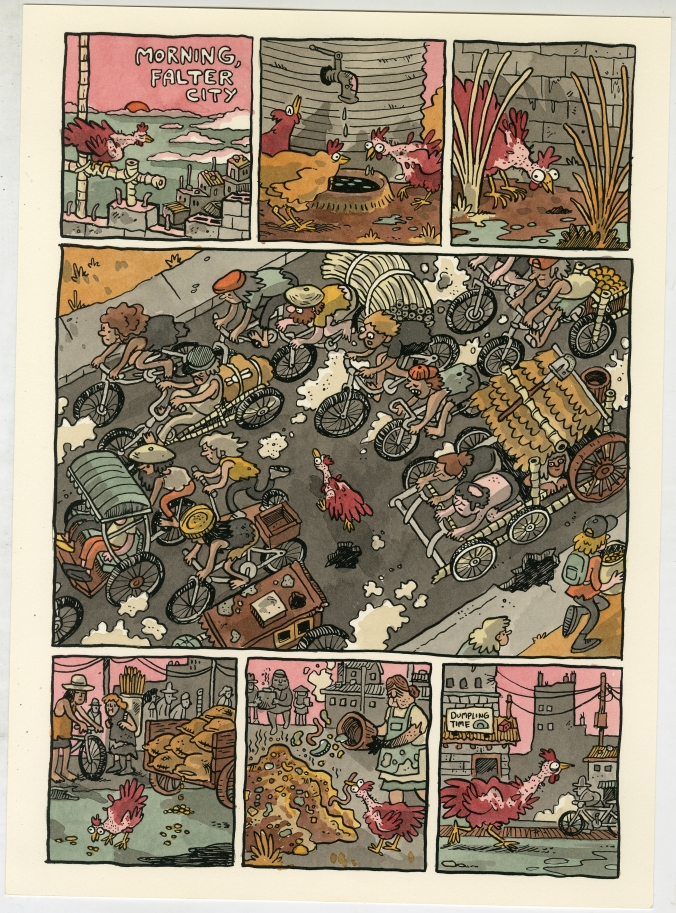 When he developed the idea for The Grot, he first knew he wanted to tell a story that featured the exploits of con-artists, because the stage-craft of con-artists fascinates him. He remembered telling a fellow cartoonist that he wanted to do something about con-artists, and that cartoonist told him he’d love to read a graphic novel about that. He wanted the story to have a sort-of modern setting, but that’s challenging, because con-artistry is difficult to compellingly explore in the age of the internet.

“Modern con-artistry is about tricking people online, really,” Grant said. “I’ve got a great appreciation for the cunning that your modern email scammer uses every day, but I don’t really want to tell a story where someone is looking at a screen every time something happens.”

So, Grant crafted a world ravaged by a plague, filled with con-artists swindling others in a world where people are scrambling for resources and constantly taking a crack at hitting big and becoming rich. The world is filled with swamps, looking like a sort-of algae-infested, mucky Mad Max environment. 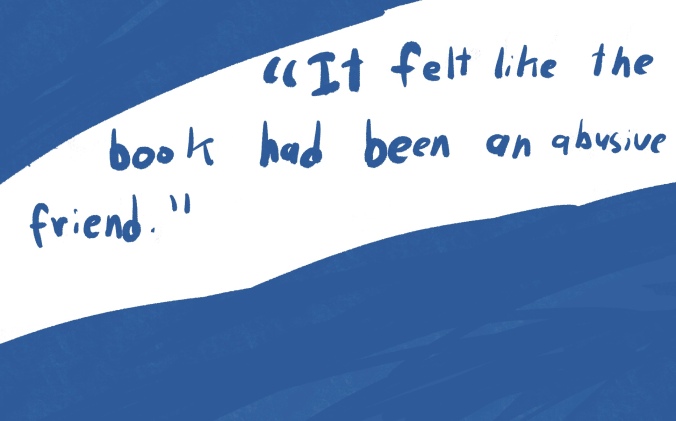 The story combines some crude and dark humor with discomforting depictions of people suffering during its world’s plague. Grant devised the plot years and years ago, and it was a coincidence that the book released during the COVID-19 pandemic.

“It feels weird. I haven’t thought too much about plagues in the writing of the book nowhere near as much as we’re all thinking about it now,” Grant said.

The book follows two brothers, a dynamic Grant became more and more interested in as he worked on the comic.

“What I’m interested in now is the relationship between siblings, and particularly the relationships between male siblings,” Grant said. “Because I don’t have experience with that personally, but I’ve got two sons who have been born since the book was started. I don’t know enough about what their relationship is gonna be like, so I’ve spent a lot of time thinking about it.”

Creating the book was a difficult, draining process, Grant said.

“It felt like the book had been an abusive friend who had sort of taken me away from my family and my obligations and constantly being demanding, demanding, demanding of my time and emotional energy,” Grant said. “I wasn’t sure whether it was going to nourish me in return, in any way.” 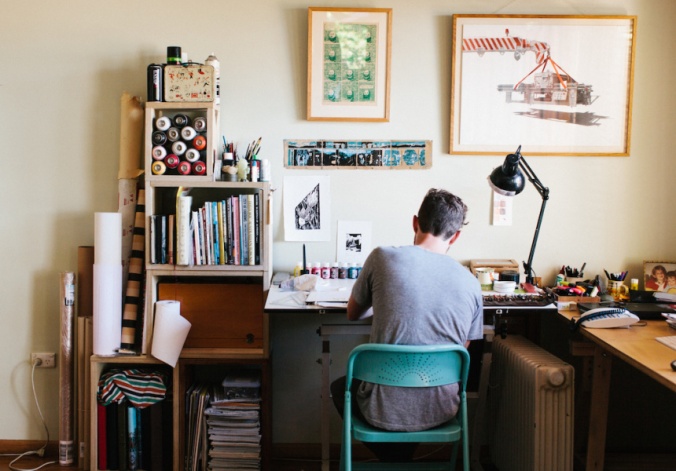 He likens the process of working on a graphic novel to total war.

Because of the grueling nature of working on The Grot, Grant figures he’ll take a break from graphic novels for the time being. This doesn’t mean he’s not drawn to other creative projects, including comics-related endeavors and other forms of storytelling. The exploration of brotherhood in The Grot stuck with him, so he’s going to keep exploring that in a new project of his.

“You use fiction to explore the problems you’re experiencing in life or the problems you think you might have in the future, and I’m just so drawn to that at the moment,” Grant said. “The next project is a kid’s book about skateboarding. Not a graphic novel, like a novel. Again, that’s about two brothers.”

all images courtesy of pat grant. you can read the entirety of the grot online for free here or purchase a physical copy from top shelf productions in the united states here.

if you enjoyed this piece, please consider contributing to sequential stories through its patreon page here.